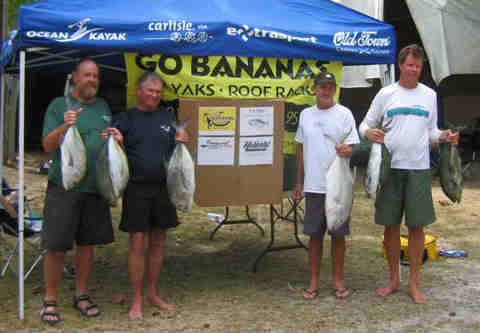 These results are for the biggest fish of the day for each fisherman: if several fish were bagged by an individual, he or she had to decide which fish to enter at the weigh-in.
*Steve Harris would have taken 2nd place in both divisions but an ad hoc ruling decided to award him for Second Biggest Other Fish, and advance the Papio catchers by one place. Thank you Steve for graciously acceding to our rule changes. 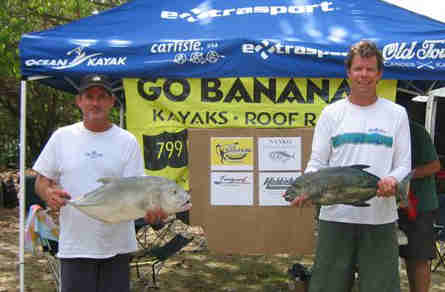 Fishing notes:
With the exception of Scott's papio caught early on Sat. morning, the largest fish were caught about noon on both days. That would have been right at the top of the tide. All of the big fish were caught outside the reef, and most right around the mouth of the Channel, about a mile or so out from Chinaman's Hat. Catch was divided well between bait and lures: bait used was 'opelu and 'oama, lures were Yo-zuri and Rapala 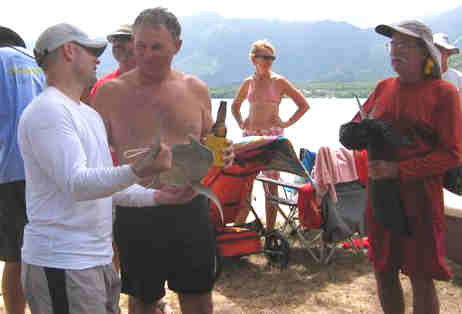 Scott Wilson shows his 2nd-place 'omilu to Steve Harris, while Chuck Ehrhorn tries to hold on to his 'awaawa 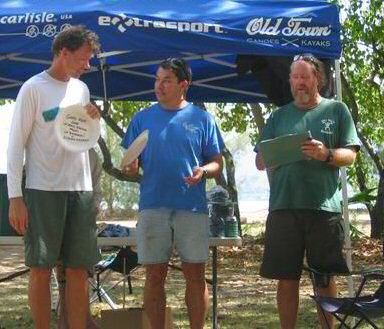 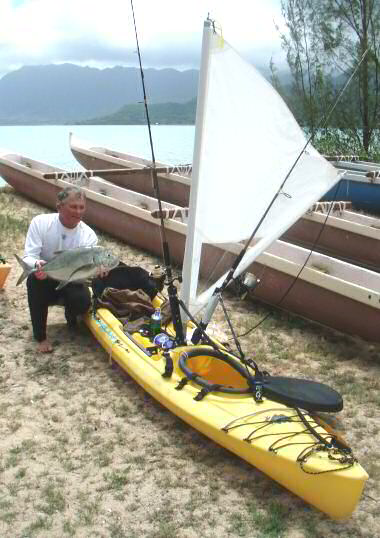